Farming is one of the ways to obtain resources in Yonder.

There are six farms in the game: one in every region except Crestfall Coast and Numino Peak. The player can get the quest to build the farm by interacting with the wooden board sign at the future farm's location. After gathering the materials and interacting with the board again the farm will be built.

Traveler's Knot. This item will allow you to fast travel to any of the farms you own. 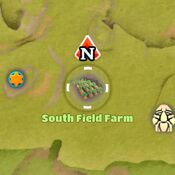 South Field Farm is in the Grasslands. It is the first farm the player gets as Minnie in Fairmont gives the quest to repair it early in the game. After building the farm the player can speak to Bushel who is nearby to learn some farming basics. 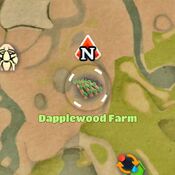 Dapplewood Farm is in Dapplewood Forest on a small plateau overlooking Riverdrift Mill. It is a convenient location to keep animals from both Dapplewood Forest and Crestfall Coast since there is no farm on the coast. You can build this farm after clearing the Murk with 8 sprites. 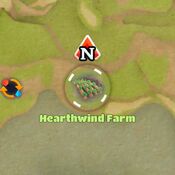 Hearthwind Farm is in the Hearthwind Vale. It can be pretty hard to get since it is so high. You need to clear some Murk and repair the bridge. Get to the Sage Stone, then go up on the plateau, through a small cave to the west, and you can build this farm. 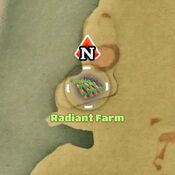 Radiant Farm is in the Radiant Sands. To get there the player needs to advance in the story quest. 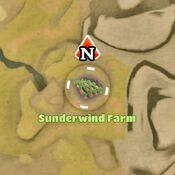 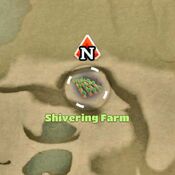 Shivering Farm is in the Shivering Plains east of the Sage Stone. The player can also keep Numino Peak animals there since there is no farm in Numino.

In order to start farming the player needs to place farming structures on the farm first.

Tree Plots are needed to grow crops and trees.

Farm structures can be crafted or traded for. Once you own the structure, you can place it by interacting with the large Farm Book. It opens the interface where you can place new structures, and remove and move existing ones.

Tip: you can get some structures for your first farm for free if you speak with Bushel after repairing it.

Garden Plot or a

Tree Plot you can plant seeds in them.

Small Animal Pen can house one large and one small animal respectively. To get an animal you need to find in the wild and feed it until it follows you, then walk it back to your farm (feeding it more if necessary) with at least one empty pen and adopt it.

Animals, crops and trees produce resources automatically, their produce is placed in the big red chest at the farm. You can also harvest crops and cut down trees yourself.

Animals and crops can be removed by interacting with the menu for the structure they are currently in. Trees can also be removed in the menu or chopped.

There are ways to improve your farm and the amount of resources it produces. Production speed and harvest amounts are increased as the region happiness increases.

Farm rating is factored into overall region happiness. Farm rating system has three categories: Cleanliness, Value Produced, and Animal Care. You can maximize ratings for each of these.

To maximize this rating you need to interact with your animals. You also have to have enough food and water for every animal. You can do so by placing one

Fodder Trough and one

Water Trough per one large or two small animals. If there are less the animal care rating will fall.

As animals at the farm poop the cleanliness rating falls. You can clean the poop yourself (and there is a secret achievement for that). You can also hire a farmhand to do it for you.

Most of the residents of Gemea can be hired as farmhands. To convince them to work at your farm, you need to offer them food until their friendship reaches 100%. The more expensive the food is, the more it raises this meter. The meter raises 1% for every

You can only have one farmhand per farm at a time. You can dismiss the current farmhand by interacting with the Farm Book.

When a farm has a resident farmhand, it always has maximum cleanliness rating.

Garden Plots, fill them with seeds and wait several days.

The big yellow chest on each farm can be used as storage. Its contents are shared between all farms the player owns and can be accessed from any farm.

A number of structures can be placed on the farm. They are used to grow crops and trees, house animals, produce resources, or as a decorations. Most farming structures have to be crafted by the player.

Every structure occupies a certain area at the farm. Structures cannot overlap.

All available structures are listed below.